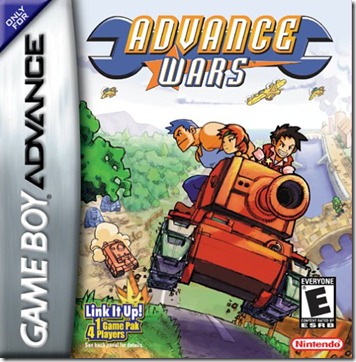 Wars of an Advanced nature?

Advance Wars, quite possibly the simplest and most colorful take on war to ever exist. Advance Wars is a turn based strategy game for the Game Boy Advance where you take charge as the adviser to the Orange Star Army as you both wage war against your enemies. 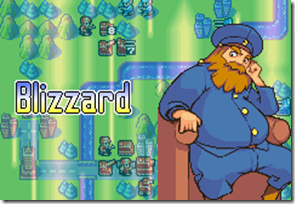 However did you know that this game is actually a fleshed out port of a much older game? Super Famicom Wars was a simplistic turn based strategy game where up to two players could choose from either the Red Star army or Blue Moon army and battle on many maps. The game was fairly shallow in regards to content but made up for it in gameplay; this is one of the things both of these games share in common the riveting gameplay. With over ten units, many maps, and lots of CO’s to play as every battle is a test of wits and tactics. 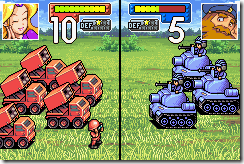 They do look vaguely similar.

These games were made by Intelligent Systems, you know the company that created the Fire Emblem series, and Paper Mario (but who cares about that?). If you were to compare the older Fire Emblem games to Advance Wars you would notice similarities in the battle systems and map systems the game runs on (because they kind of do). 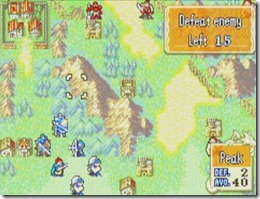 Its like all they know is micromanagement and chess.

The game surprisingly enough has a story mode aptly titled “Campaign Mode”. Throughout the game you play as the adviser to Orange Star, battling your way through the Blue Moon army as you attempt to reclaim Orange Star territory that was taken from you and later the mysterious Black Hole army. Campaign mode is the main mode used for unlocking things in the game like extra CO’s, and maps. You basically choose a battle on a large map and then choose the CO you wish to play as, from there you battle wits with your computerized opponent sometimes with crazy conditions. Before you get into the meat of the game though you have to first prove yourself in “Field Training” mode, unfortunately for veterans of the series this is an unskippable part of the game you have to go through which teaches you the basics of the game and sets you up so that you are ready for the actual campaign mode. 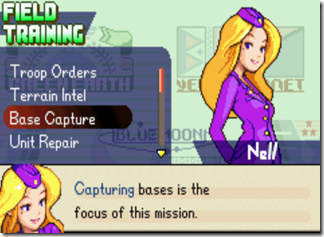 You will become a master of war!

Nell who is the leader of Orange Star will literally hold your hand through the entire training mode, where she will teach you unit movement, how to capture bases, and even how to use terrain to your advantage (makes you wonder why she isn’t just leading the army…). This forced training mode actually serves a plot purpose as well, throughout training mode you are introduced to the leader of Blue Moon and given the reasons why you are at war with both him and his country. 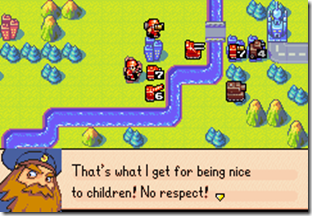 There is also some rather hilarious dialogue exchanged between the characters as well, so Campaign mode is something that by no means should be passed up in exchange for its other equally glorious modes.

As mentioned earlier there is a mode called War Room this mode allows you to play against up to four opponents on any stages you have unlocked. Your opponents can only be CPU opponents though, for human battles there is a VS. mode set aside for it. Both modes allow you to use any unlocked map and as I already mentioned the only major difference is that one lets you battle against a human opponent and the other against computer opponents. There is also a link mode which allows you to link up with another of your Advance Wars playing buddies and battle via that, though in all honesty it’s a tad pointless as the regular VS. mode serves that function and requires only one gameboy and only one copy of the game.

The objective of any particular battle (barring special campaign battles) is to either destroy all of you opponents units, or to capture their main base. This isn’t as simple as it may at first seem as the game has a fairly intricate system of battle with certain tiles of land offering more defensive cover then others, and the opportunity to use your “CO power” which is a special ability unique to each CO that helps them gain a slight edge for about two turns; you can’t use your CO power until enough of your units have been destroyed. You also need to gain money to continue funding your war machine this is done by capturing cities and keeping your opponent from taking them from you. You can only do that by sending infantry units (the weakest unit) to go and capture it. Then you have the fog of war mechanic and the fact that placing units on forest tiles makes them invisible unless a unit is right next to it. I personally have had battles go on for hours with some of my friends due to the overall intricacy of the strategies you can use… or you can mech rush. 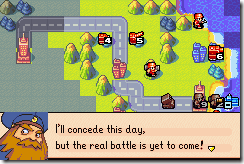 Well you did kind of lose…

Advance Wars is one of those games with a lot of replay value if you have friends who are big into strategy games. This may not offer super detailed 3D graphics, but what it does offer is a deep and complex strategy game which can offer many hours of enjoyment as you attempt to create tactics and strategies that are undefeatable (or you can mech rush). I highly recommend this game for all fans of turn-based strategy games, its has a nice quirky campaign mode, and an amazing multiplayer mode that one can easily get lost in for hours at a time (I know I have). If there’s one thing I’d feel it would be my duty to say its that the characters in the game are very easily not representable as actual military generals; I’ll be damned though if I didn’t fall in love with them anyway. 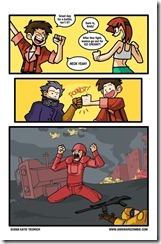 Of War and Ice Cream