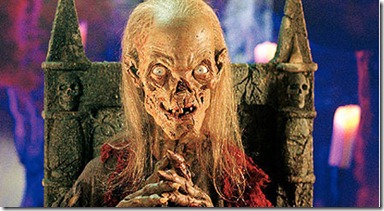 Now I have a special treat for you, it’s a ghost story about a haunted game that has been passed around from place to place to place until it finally reached my ears and I deemed it up to your (the readers) standard for Halloween scary stories. Now I cannot safely vouchsafe for the validity of this story as I myself have not stumbled upon such a “unique” game, however I leave it up to you, the readers, to determine its ultimate credibility.

Well Lets get this party started then, here is the story of a man and his obsession with collecting obscure Pokemon game’s.

“I’m what you could call a collector of bootleg Pokémon games. Pokémon Diamond & Jade, Chaos Black, etc. It’s amazing the frequency with which you can find them at pawnshops, Goodwill, flea markets, and such.

They’re generally fun; even if they are unplayable (which they often are), the mistranslations and poor quality make them unintentionally humorous.

I’ve been able to find most of the ones that I’ve played online, but there’s one that I haven’t seen any mention of. I bought it at a flea market about five years ago.”

Here’s a picture of the cartridge, in case anyone recognizes it. Unfortunately, when I moved two years ago, I lost the game, so I can’t provide you with screencaps. Sorry. 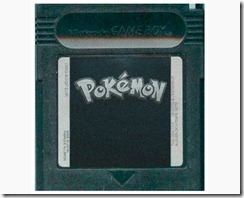 “The game started with the familiar Nidorino and Gengar intro of Red and Blue version. However, the “press start” screen had been altered. Red was there, but the Pokémon did not cycle through. It also said “Black Version” under the Pokémon logo.

Upon selecting “New Game”, the game started the Professor Oak speech, and it quickly became evident that the game was essentially Pokémon Red Version.

After selecting your starter, if you looked at your Pokémon, you had in addition to Bulbasaur, Charmander, or Squirtle another Pokémon — “GHOST”.

The Pokémon was level 1. It had the sprite of the Ghosts that are encountered in Lavender Tower before obtaining the Sliph Scope. It had one attack — “Curse”. I know that there is a real move named curse, but the attack did not exist in Generation 1, so it appears it was hacked in.

The implication was that the Pokémon died.
What’s even stranger is that after defeating a trainer and seeing “Red received $200 for winning!”, the battle commands would appear again. If you selected “Run”, the battle would end as it normally does. You could also select Curse. If you did, upon returning to the overworld, the trainer’s sprite would be gone. After leaving and reentering the area, the spot [where] the trainer had been would be replaced with a tombstone like the ones at Lavender Tower.
The move “Curse” was not usable in all instances. It would fail against Ghost Pokémon. It would also fail if it was used against trainers that you would have to face again, such as your Rival or Giovanni. It was usable in your final battle against them, however.

I figured this was the gimmick of the game, allowing you to use the previously uncapturable Ghosts. And because Curse made the game so easy, I essentially used it throughout the whole adventure.

The game changed quite a bit after defeating the Elite Four. After viewing the Hall of Fame, which consisted of Ghost and a couple of very under leveled Pokémon, the screen cut to black. A box appeared with the words “Many years later…” It then cut to Lavender Tower. An old man was standing, looking at tombstones. You then realized this man was your character.

The man moved at only half of your normal walking speed. You no longer had any Pokémon with you, not even Ghost, who up to this point had been impossible to remove from your party through depositing in the PC. The overworld was entirely empty — there were no people at all. There were still the tombstones of the trainers that you used Curse on, however.”

“You could go pretty much anywhere in the overworld at this point, though your movement was limited by the fact that you had no Pokémon to use HMs. And regardless of where you went, the music of Lavender Town continued on an infinite loop. After wandering for a while, I found that if you go through Diglett’s Cave, one of the cuttable bushes that normally blocks the path on the other side is no longer there, allowing you to advance and return to Pallet Town.

Upon entering your house and going to the exact tile where you start the game, the screen would cut to black.

Then a sprite of a Caterpie appeared. It was the replaced by a Weedle, and then a Pidgey. I soon realized, as the Pokémon progressed from Rattata to Blastoise, that these were all of the Pokémon that I had used Curse on.

After the end of my Rival’s team, a Youngster appeared, and then a Bug Catcher. These were the trainers I had Cursed.

Throughout the sequence, the Lavender Town music was playing, but it was slowly decreasing in pitch. By the time your Rival appeared on screen, it was little more than a demonic rumble.

Another cut to black. A few moments later, the battle screen suddenly appeared — your trainer sprite was now that of an old man, the same one as the one who teaches you how to catch Pokémon in Viridian City.

Ghost appeared on the other side, along with the words “GHOST wants to fight!”.

You couldn’t use items, and you had no Pokémon. If you tried to run, you couldn’t escape. The only option was “FIGHT”.

Using fight would immediately cause you to use Struggle, which didn’t affect Ghost but did chip off a bit of your own HP. When it was Ghost’s turn to attack, it would simply say “…” Eventually, when your HP reached a critical point, Ghost would finally use Curse.

The screen cut to black a final time.

Regardless of the buttons you pressed, you were permanently stuck in this black screen. At this point, the only thing you could do was turn the Game Boy off. When you played again, “NEW GAME” was the only option — the game had erased the file.

I played through this hacked game many, many times, and every time the game ended with this sequence. Several times I didn’t use Ghost at all, though he was impossible to remove from the party. In these cases, it did not show any Pokémon or trainers and simply cut to the climactic “battle with Ghost.

I’m not sure what the motives were behind the creator of this hack. It wasn’t widely distributed, so it was presumably not for monetary gain. It was very well done for a bootleg.

It seems he was trying to convey a message; though it seems I am the sole receiver of this message. I’m not entirely sure what it was — the inevitability of death? The pointlessness of it? Perhaps he was simply trying to morbidly inject death and darkness into a children’s game. Regardless, this children’s game has made me think, and it has made me cry.” 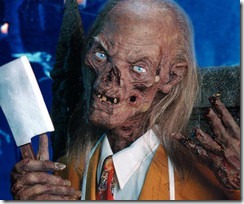 Is it real, could it possibly be untrue? Some would believe that it lacked validity. However no one person can deny the existence of hacked Pokemon games. They can be easily found, so who is there to say that one cannot be hacked into being a nightmare? Hacks are prevalent all over the internet(and the Mexican border), it is obviously not to far-fetched to believe that someone who is either clearly demented, a brilliant man, or even a vengeful spirit may have created this horror of a game. I believe in it, do you?