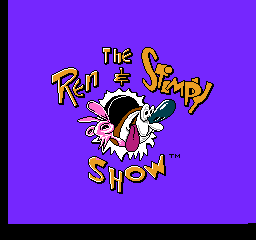 It was a Halloween night, much like this one.
A horrible night for a curse.
But that's exactly what it had in store for me.

I was around 13 years old. I'll be the first to admit - I was starting to get "a little old" for trick-or-treating. However, my little brother really wanted to get his sugar fix and my folks wanted me to take him around a couple of blocks in our neighborhood. Most of my friends ditched me to go to Jeff Davis' Halloween party anyway. His folks were loaded and they always threw these ridiculous Halloween parties with a make-shift haunted house in the backyard, bobbing for apples, games, pizza and more. He also happened to be the knob who made out with my ex-girlfriend after second period P.E. I hate Jeff Davis.

So instead, I'm hauling my little brother (dressed as Felix the Cat) around my neighborhood.

Oh well, I guess I could steal a few of his Reese's peanut butter cups while he's sleeping anyway.

Sadly, it was beginning to look like a bust. We got out a little late and the first two attack squadrons of kids picked the flesh off of the rotting carcass of candy and we were stuck with the tootsie rolls, smarties and dum dums. Oh, and those ridiculous Mexican honey wafer candies that get stuck in your cavities. I could read the disappointment on my brother's greasepaint smeared face and figured it was time to cut our 5 block neighborhood tour down to 3. That meant a couple more houses and we were going to head back from the battle, tail between our legs and head down in defeat. Cryin' to mama through cloudy, black and white cat tears.

Suddenly, there we were. Right smack dab in front of Jeff Davis' house.

Aside from the aforementioned treasure trove of Halloween goodness within and behind his house, his front yard was decked out like a Party City on steroids. Animatronic zombies spring to life from shallow graves, Bats hanging from strings that would make "Squeeeeeeeek Squeeeeeeek" noises when you stepped close enough, his dad; dressed like Leatherface, would run around the yard with a chainless chainsaw, revving it up and scaring the sweet baby Jesus out of any unlucky kids who happened to get to close to the front porch and reach into the plastic pumpkin labeled "Take One and Leave!"

My brother was a petrified stone that I had to roll up the driveway, knowing damn good and well that the Davis' had King Size Snickers and Reese's 4 packs in that plastic pumpkin. I was NOT going to go home empty handed from this otherwise depressing jaunt around our neighborhood. Even if it WAS candy that had been in the grubby, filthy, evil hands of the Davis family. Screw it. I'm gonna take FIVE and bolt.

However, no sooner did I get past the bats, the cobwebs, the cackling witch in the rocking chair and daddy beef jerky face with his functionless yard utensil than did Jeff himself show up at the front door, dressed in a vampire cape and a Bill Clinton mask.

Jeff stepped away and left me to my odd, awkward, teenage shame.
There I was, at the house of my nemesis and my friends were clearly having more fun than I was. To top it off, I'm waiting at his stoop begging for candy for my brother. God, I hate Jeff Davis.

"Here ya go!"
He plops a handful of candy into my brother's bag and something square and made of hard plastic into mine.
"Happy Halloween, Chris!"
"Yeah...Happy....Happy." I muttered.
We headed home and the entire time I was completely and absolutely confused. "What the hell did Jeff stick in my bag anyway?" I wondered. My brother was certainly in a much better mood as he thumbed through the bottom of his bag, doing a rough count on his spoils of war.

"Wow, Chris! THREE Snicka's Baas!"
"Yeah, that's great Joe..."
I couldn't help but be eaten up by curiosity...what was it? What could it be?

When we got home I ran upstairs to my room without so much as giving my parents a cursory "hey...sup."
I dumped my bag on my bed and out plopped a small mountain of various crap candy and the mystery item that Jeff handed me.

It was a Nintendo game!

Not just any game, mind you - a game based on one of my favorite cartoons of all time: Ren and Stimpy! It was Ren and Stimpy: Buckaroos! Maybe that Jeff Davis wasn't such a jerk after all. I mean, sure he kissed my girlfriend but girls come and go - Nintendo games are forever!

I pushed it into my console and started it up with pride.

"Ehh...ok. That KINDA sounds like the theme to Ren and Stimpy."

It did too. Sort of. Only it was garbled up and half of the notes were in the wrong key. It was kind of like when someone is paid to do a "sound-a-like" for a commercial. Sure it's not ACTUALLY that U2 song you've heard all summer, but pretty close. That sort of thing.


It was sort of, kind of, not at all like the cartoon. The characters were vague representations of Ren and Stimpy, but almost looked too clean in their lines. It's kind of odd saying that they look "too good" and that's a complaint - but it kind of is. They weren't edgy or wacky at all. Where's the oddball close-ups? I know that Nintendo games are capable of this sort of thing. And why is the dialogue so stilted? You can always tell when a team of programmers are writing a licensed video game instead of the original writing team because it always sounds like an alien's approximation of what a character would say. Just putting in the line "You eediot!" doesn't quite capture the Je ne sais quoi of Ren - it just sounds like your moronic cubical-mate at work doing a poor Billy West impression.

Now the horror commences.  The game has started. My mission is to play as Stimpy and to somehow launch Ren over the warp machine and to the end of the level. The room is very small, so this should be a piece of cake, right? I mean, they give you practically all of the items you need right at the jump.

That's right. Neither white men nor Stimpys can jump. Stimpy turns into a slimy wet noodle every time you hit the jump button and he spastically falls short of wherever you want him to land. Sometimes you can get him to vault up to the power-ups and items above him, but mostly you'll just watch him flop around the room like a dying fish. Like a fuzzy red, bloated, white bellied, dead-eyed bass. Ren just keeps pacing back and forth, stopping only occasionally to have a Tourettes fit and start pounding his head.


And then one of two things happens:
Either
A.) You have a pickle of a time figuring out what to do and accidentally wind up in and out of the teleportation machine yourself without getting Ren to move anywhere.
or
B.) You launch Ren over the teleportation machine, enter it - then eventually come out to accidentally launch his Chihuahua butt back OVER the machine once you reach the other side.

Either way, you're going to have to endure the space minigame more than once. This is about where I shut the game off every single time.

"Sweet mother of Mario - what is going on?! Why does everything control like it was underwater and I had my hands chopped off for stealing an apple in Saudi Arabia?"

The space minigame is nothing short of an atrocity. Do you want to know why that Jerry Lewis movie "The Day the Clown Cried" has never been released? It's just an endless loop of this crappy space shooter. I kid you not, I have played Color Dreams/Bunch games that were better programmed, with sharper controls than this. The stage is pedestrian, the graphics are ugly (but not in that kitchy, Ren and Stimpy way - just gross,) it's repetitive and I've honestly played D-level Atari games with 100% more replay value than this monstrosity. If you ever want to replicate this experience without having to subject yourself to eye-strain, huff a bag of paint and bash your head with a brick - then chase squirrels into oncoming traffic.

On second thought, don't do that.

Just that moment, I ripped the game from the console and flung it against the wall. The plastic cover split into two pieces and it lay defeated on my floor. I made sure to stomp on it a few times and then fling it out of my second story window just to make sure it was dead.

"I hate you Jeff Davis" were the last words I said that whole evening. I went to bed without even stealing a single candy bar from my brother's bag...

...Ok, so none of that actually happened. But I could only imagine that would have been my reaction to receiving Ren and Stimpy if I had not been properly warned before that it's more than a little awful. That being said, if you're a hardcore collector like me, it belongs somewhere in your collection. Preferably stacked behind a bunch of far better games where you can't really reach it unless you had to pull a handful of much better titles out first to get to it. You'll be so tired and frustrated that you'll settle for Castlevania III or Mystery Quest instead of this game. That being said, if you want to add it to your collection: just add it to your wanted list on Lukie Games here!

The SNES game is different, and while I won't call it a masterpiece either - it's at least better than this one!

Happy Halloween!
Posted by Chris Many at 7:48 PM

Full disclosure, I was very uncertain whether or not I would post this as it doesn’t directly involve video games. This is a true story as I did experience the following events and my parents and friends definitely know I complained about at least one of them while keeping the other one to myself for obvious reasons that involve staying out of the nut house. So in the spirit of it being Halloween I present to you the story of a potential ghost thing I encounter when I was young.

Email ThisBlogThis!Share to TwitterShare to FacebookShare to Pinterest
Labels: ghost story, Halloween, Mike is such a scaredy-baby 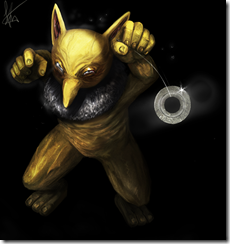 Safe and happy you will be
Away from your homes, now let us run
With Hypno, you'll have so much fun

Oh, little children, please don't cry
Hypno wouldn't hurt a fly
Be free, be free be free to play
Come down in my cave with me to stay

Oh, little children, please don't squirm
Those ropes, I know, will hold you firm
Hypno tells you this is true
But sadly, Hypno lied to you

Oh, little children, you mustn't leave
Your families for you will grieve
Their minds will unravel at the seams
Allowing me to haunt their dreams

But surely, all of you must know
That it is time for you to go
Oh, little children, you weren't clever 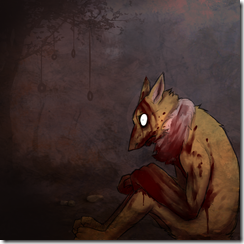