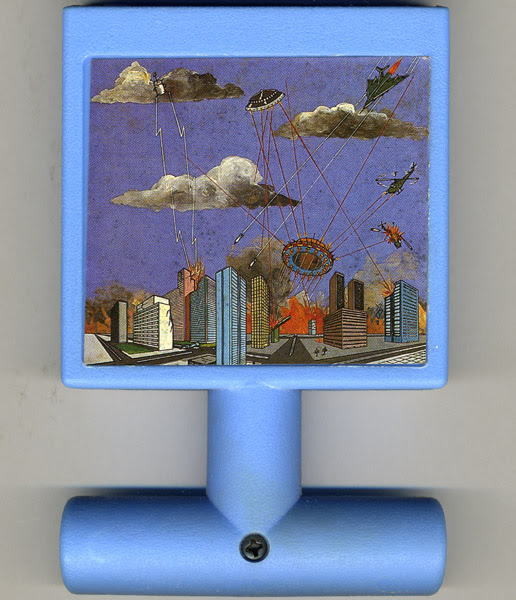 Collectors take note! Someone's selling a copy of Air Raid for the Atari 2600 on Ebay.

One of the rarest games in the world it was the only game published by MenAvision and is blue with a t-shaped handle on it. It's game play is similar to Space Invaders, you are defending your city from alien attackers. There are only 5 or 6 known copies and this one looks like it's in good shape. It's going for $1,999 right now but will probably shoot up in the last few minutes of bidding.

How are you going to celebrate the release of the New Super Mario Bros. Wii, to be launched November 15? If you said put on your Mario costume from Halloween 1988 and skip to your closest retailer, you’d be wrong.

Nintendo is doing it up right with a full blown release party that will turn the Nintendo World Store at Rockefeller Square into the Mushroom Kingdom. November 14, Rockefeller Square will be teaming with fans trying to get in on the sweet Mario action. There will be giveaways, Mario Bros. Wii tournaments, costumed characters and fans, (don’t throw out that costume yet) and a Super Mario Bros. Museum archiving 25 years of greatness.

You can checkout the new Mario at the Super Mario Bros. Wii website, mariobroswii.com.

For those of us who will not be making it to NYC for the festivities, we can always play the classics at home. Go to Lukie Games to get the original Super Mario Bros., Super Mario World,  Mario 64, plus all your other favorites.

Hi there, thanks for visiting the official blog of Lukie Games! As you can see we are just getting started with our blog but check back soon because we'll be updating regularly with game reviews, special deals, and coupons!
Posted by Lukie Games at 5:13 PM