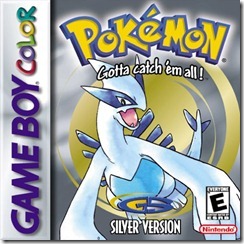 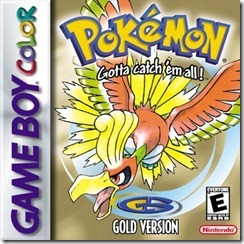 How do you measure its worth?

If there has ever been any constant over the course of this life of mine its my love of Pokémon. I recall many fond memories playing the Gen I games, thwarting Team Rockets plans, defeating the Elite Four, and catching Mewtwo those were good times and being the nostalgic person that I am the first generation of Pokémon will always be regarded as perfect in my memory. Two years after devoting every fiber of my being towards the goal of being a Pokémon master Pokémon Gold and Silver were released, naturally I snagged both copies of the games and was completely taken in by the games. The rest of the year 2000 would be spent beating the games and trying once again to become the greatest Pokémon master there ever was.

Pokémon Gold and Silver released on October 15, 2000 to North American audiences is commonly regarded as being the superior to Red, Blue, and Yellow as many improvements were made to the game in regards to graphics, sound, and battle mechanic. The many concepts and facets introduced in this game would set a precedent for all subsequent games to improve upon.

In Pokémon Gold and Silver just as in the Red and Blue your ultimate objective remains the same, and that is to become the Pokémon Master. To go about doing this you need to catch all of the Pokémon and defeat all of the Gym Leaders of both the Johto and Kanto regions and the Elite Four. There are an additional 100 Pokémon along with the 151 from the previous generation of games, however to catch them all you will need to trade Pokémon in order to catch them all as in Gold and Silver there are certain Pokémon with whom you need to trade between games as they are exclusives. In order to get any of the legendaries from the first generation you will need to trade for them, this includes Mewtwo, Moltres, Articuno, and Zapdos, some minor Pokémon you may need to get from previous games as well though for the most part it is only the legendaries from the first generation that you truly need to trade for. Below is a chart showing the version exclusive Pokémon between Gold and Silver compliments of Bulbapedia. 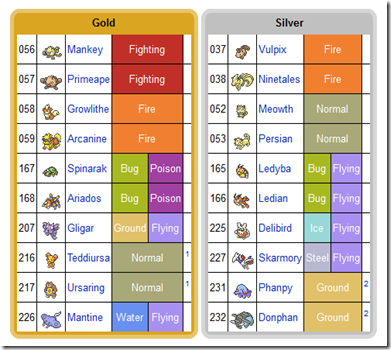 I shall now discuss the improvements Gold and Silver made to the series as a whole, the first of which is the ability for Pokémon to hold items. The item holding mechanic adds further depth to the battle system as the items have the capacity to either heal of increase/decrease offensive or defensive strength of the Pokémon according to whatever item you are holding. I shall give only several item examples as there are many and accounting for them all would only make this unnecessarily long.

By using held items it revolutionized the entire battle system by making it so that you need to account for the effects of an item prior to choosing an attack or switching a Pokémon. For an in depth look at the core battle mechanic see my previous review of Pokémon Red, Blue, and Yellow.

Pokémon Types received additions in this game these were the Dark Type and Steel type which were included in order to help balance the battle system as in the previous games the Psychic type was incredibly over powerful and the fighting type was never really used. Some balancing issues were assessed and type effectiveness was changed for several typing's that were unbalanced at the time. 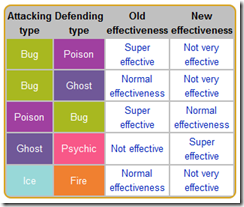 One of the greater aspects of the game is that it has a built in internal clock and by taking this step into reality it changes how one goes about catching Pokémon. As time changes in the real world it changes according to the set time in the game and the in game world shifts through day, afternoon, and night. The differing times of the day indicate what Pokémon you will catch in certain areas, this also opens up the realm of night and day Pokémon such as Hoothoot and Noctowl who only ever appears at night. Another interesting mechanic that sadly hasn’t been fleshed out since it’s inception is the concept of the time of day deciding evolution, Evee gained two new evolutions Umbreon and Espeon to evolve into the former it would need to be night while the latter would need it to be day time. The time function did not only extend to the Pokémon with whom you encounter it also encompassed what shops would be open in the Goldenrod Underground as on certain day you would have the old woman selling medicine and on others you would have one of the Pokémon groomers who will make your Pokémon like you more by grooming them.

Another interesting bit is the Bug catching contest (Tuesday, Thursday, Saturday) and S.S.Aqua ( both of which have certain days in which you can interact with them. The Bug Catching contest is a contest in which you attempt to catch the largest bug and receive a prize based on your placement. The S.S. Aqua is a boat which will take you from one region to the next which you can only catch at certain ports on certain days, while on it you can battle a plethora of trainers who will always be raring to fight now matter how many times you ride the boat.

I hope he has his swim trunks.

Graphics wise Pokémon Gold and Silver are superior to the previous games in every facet as the game not only is in color but the sprites and battle sprites are greatly detailed in comparison to the previous games. It is safe to say that the game is far more aesthetically pleasing as many of the ingame sprites better resemble what they were intended to be, tree’s resemble trees, grass resembles grass, but voltorb still look like Poke balls. The battle sprites look infinitely better then they did in the previous games and all the attacks now have unique battle animations which all look absolutely great. Remember those ugly back sprites which barely resembled the Pokémon? Well those are gone and now we have back sprites that actually look alright!

Pokémon Gold and Silver for it’s time was incredibly revolutionary for a sequel and improved upon almost every facet of the series while retaining the main purpose of the series. In my opinion Gen II stands as the most important point in the evolution of the series as all of the important additions to Gold and Silver have remained in all of its successors unlike Gen III and Gen IV in which both had many of their unique additions abandoned at the doorstep. Both Pokémon Gold and Silver use time as a game mechanic which increases replay value as only certain Pokémon and certain events can occur at night or during the day which essentially forces any player to have to keep up with their playing if they want to experience every aspect of the game and catch all of the Pokémon. Gold and Silver just like it’s predecessors has some quirky humor as you can examine practically anything and hear some sort of comment on it along with the dialog of the NPC’s which is always good fun. Overall if you liked the previous three games you will most likely fall in love with the second round of games, they are easily worth the $10-$20 that they can be found for and I’d highly recommend getting them.