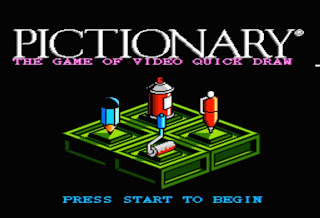 Well, the holidays are now here! Some of you guys and gals are outta school/university for at least a week or two and some of ya'll might even be off of work in the next few days! Lucky. With the holidays and New Year's Eve fast approaching, you've got to get your last minute ducks in a row before the parties begin! I'm not talking about the kind with all of your aunts, uncles and cousins either! I'm talking about the parties where far too much egg-nog is consumed, your brother mixes up a batch of his "special brownies," and your best friend's wife is sitting in the corner discussing the pros and cons of the G.O.P nominees with the floor lamp. She always was a dingbat.

With holiday parties coming up, you have to decide what kind of party you're going to throw this year. Is it going to be that same, tired old party where you set out a bowl of mixed nuts and a cheese platter, put on some "Christmas with Kenny G," and nurse a bottle of Cabernet Sauvignon until the ringing of jingle bells stops in your head? Perhaps you'll bust out some cards or board games and entertain your guests with the hilarity and wit of Trivial Pursuit the 1982 edition. I've got a suggestion that'll totally knock the stockings off your mantel - steal a page from the hipsters this year. That's right - bust out the NES, dust off your Buddy Holly glasses, and crack into some digital board games and join the rest of us in the late 20th century! Today we're going to weigh the pros and cons of two similar video board games: the legendary Pictionary and Rare's Anticipation.

Pictionary: The Legend of the Artistically Handicapped

While I like to think that I'm not the dimmest bulb in the box, (doesn't everybody?) I realize that as a kid I was extremely naive. My parents and their friends would get together and have parties very similar to the ones I mentioned previously. Cheese trays, bean dip, board games, bad hair, and Cosby sweaters. It's hard to believe that crap carried over into the early 90s - but more on that later. We would all sit around and crack into games like Jenga or Trivial Pursuit, but as soon as Pictionary came out it was time for the kids to leave the room and let the grown-ups play. I always associated something sinister or bawdy with the game. Are they sitting around drawing up diagrams from the Kama Sutra? Is my mother such a bad artist that her trees look like something a bit more Fraudian? Later on in life I played the game and realized what it is that my folks were keeping us from. Themselves. That's right, cracking out Pictionary was the international symbol for "go play with your toys, we're sick of having you underfoot." Not surprisingly, it worked.


Little did they know that the rental section of the grocery store around the corner got a copy of LJN's 1990 port of that raunchy, adult board game known as Pictionary. That's right, I was about to play the Devil's game and find out what it's like to be a man. I braced myself, held my breath, and put the cart into my NES.

"Damnit!" I exclaimed, pounding my ten year old fist on my night stand. I took the game out, blew a healthy amount of spittle into the bottom of the cart and finally got to access the game so scandalous it was bound to earn me a spot next to Lucifer in the fiery pits of the underworld.

The first thing you'll notice when popping in Pictionary is the rockin' soundtrack. It's funny, I had just gotten finished playing Cobra Triangle right before I plugged Pictionary in to replay for this review and realized that the opening themes are actually similarly thrashy. Sure, it ain't Slayer - but it's pretty rocking for an 8-bit instrumental theme song, especially one from notorious song recyclers LJN. Speaking of which, at one point in the game they actually have a midified sound-a-like of Queen's "Another One Bites the Dust." That's really friggin' awesome. The graphics are another matter altogether. While the game pieces, mini games and game board are colorful, well drawn, and decently animated - the images you are supposed to guess are crude at best, downright mystifying at worst. But more on that later...


I'm surprised to be saying this about an LJN project (seeing as so many have a reputation for being lousy,) but the gameplay in Pictionary is actually pretty innovative in a way. That's not to say it doesn't have some glaring flaws - but I'll get to that in a minute. You start out with three different options - the A Game where you have a series of minigames to complete, the B Game where your teams guess what one team is trying to draw in a limited amount of time, and finally, a drawing practice option. The most fun with a group (and after all, why I'm recommending it for holiday parties,) lies in the "Alternative game." This is the one where you assign someone the task of drawing a picture and have members from each team try to guess what it is. Why this is considered the "alternative game" when that's the plot of the board game is a complete and total mystery to me, but irrelevant. Make sure to have everyone try their hands at drawing practice for a few minutes first because trying to operate the drawing mechanism in Pictionary is akin to working an etch-a-sketch one handed. It's not something you would consider satisfying to draw with but it certainly will give your guests a bunch of laughs as everyone tries to figure out how the heck that squiggly mess is supposed to be a rabbit.

The A Game is the most innovative section of Pictionary on the NES and also the most challenging/frustrating. Your team moves around a multicolored set of blocks towards the end goal where you complete minigames that are supposed to unlock elements of the picture that you are then required to guess at. The minigames are actually really entertaining and often borrow from other popular games such as Space Invaders, the Game & Watch series, and more. My favorite mini game is a take on the Game & Watch game Fire. You control your firemen with a net and try to catch the fat men falling out of burning windows. Fun! All in all the minigames are an interesting addition to what would otherwise be too straightforward of a game. The problem in this mode lies when you have to actually guess what the image is that you have valiantly attempted to uncover. Typically you wont uncover the entire image as either the time will run out on you or you'll get hit too many times, lose too many jumping dudes, get shot by the purple doo-dads too much or some other obstacle will hinder your progress. Even if you do happen to uncover the entire image, good luck guessing what the hell that cryptic batch of white lines is actually supposed to be. Some are easier than others but as far as I can guess there's no real rhyme or reason to how difficult or not the image will be and what significance the color of the square is that you're standing on. I don't think it's broken up into categories so much as meant to make the stage look like a colorful rainbow of red, purple, brown and yellow blocks.


The A game is brutally difficult. While the minigames are competently programmed and control relatively well, they are simply too hard to help you unlock enough of the picture to matter. You'll curse those little green goobers for knocking off the top two boxes because they were your only shot at guessing that those white lines were supposed to be a belt. If the programmers had only given you more of the image each time you uncovered it rather than simply one or two blocks at a time, the game would at least be fair. If you do happen to uncover most of the image, it tries to help you by having arrows pointing to whatever the object in question is supposed to be. However, sometimes they will put other things in the picture that clutter your brain and make guessing at the significance of what is being shown that much more cryptic. I magically guessed EGG based on a poorly drawn circle only because it's three letters and I couldn't imagine it would possibly be anything else. Beyond that, most of the puzzles are incomprehensible. However, if you think that's a knock against this game, you're actually mistaken. It's this very absurdity that makes playing with others so darn fun. You will take turns with your friends hurling vile filth at the screen in the vain attempt to somehow make that mess of lines a comprehensible image! Oh, and by the way - selecting letters is an exercise in futility. You have a pair of running shoes that move waaaaaaaaay too fast to be accurate. Tap your controller and be very patient or strap on your powerglove and turn it into a drinking game. It's up to you!


Pictionary for the NES is a game that I would file under the so-bad-it's good category. You will definitely have a good time playing this game with your friends; whether or not it's at the expense of the game rather than because of the game is left up to you. It's absurdly cheap right now and definitely worth every penny just to catch your friends saying things at your TV that you wouldn't say to your worst enemy. There's also versions of Pictionary for the DS and Wii, and while I'm sure they're much better games than this one, I doubt they have the same pound-for-pound frustration-induced laughter and entertainment as this version.