...in 1996, Sega released a 2 level demo called Christmas Nights. Christmas Nights was available exclusively as a Blockbuster game rental or through magazines and game bundles. While it would have been nice to have a full-fledged, 6 level, stand-alone Christmas version of Nights (because, let's face it - there are far too few holiday games,) it's great to have a few levels to play with and get into the holiday mood!
Christmas Nights starts off with its own unique cutscene that sets up the plot (presumably after the events of the original Nights) where Claris and Elliot are Christmas shopping, waltzing through the hustle and bustle when they notice that something is terribly wrong. Alas, the star is missing from the top of the Christmas tree in their town square. This time, we are treated to voice-over work that at least describes these events so we have some idea of what's going on. At the end of the opening cutscene, however, we're given the same wacky, convoluted, shoddy, non storytelling that leaves us only to assume that the two are off to Nightopia again to rescue the missing star. Who asked them to do this? Why couldn't they just buy another at Walmart? Is anyone in town concerned about the star in the first place? Sure, there's the cop-out outro with the whole "it's all a dream" bit , but these questions don't get satisfactorily answered and I guess they're better left unasked. 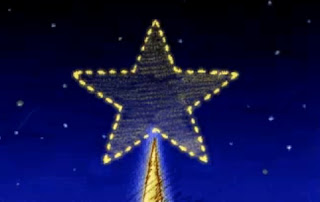 They're like 5 bucks. Aisle 6 - next to the Tinsel.
How do the graphics and sound rate? The graphics are more or less identical - However, we're treated to holiday themed levels and enemy sprites! Depending on when your Sega Saturn's clock is set for dictates the kind of decorations and sprite designs you'll see scattered throughout the two levels. I rented this game just after Christmas and returned it the day after New Year's Eve, so I got to see the Christmas elements of the game in full force. During Christmas time the enemies have festive Santa gear on and the music is changed to an awesome Muzaky version of Jingle Bells. There's Christmas bells, wreaths instead of rings and even the serpent enemy is changed into a delightfully candy-caney festive badguy! Essentially the first level of Christmas Nights is just Spring Valley turned Christmas-y but I won't deny that it gets me into a jolly mood. The music is festive, the graphics are great as always and this game is likely to make even the Grinchiest Grinch's heart grow 2-sizes when they play it. 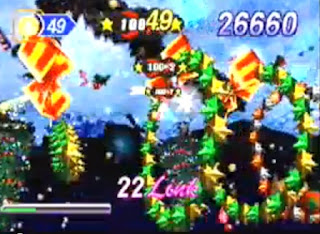 So...much...Christmas!
There are some other neat features about Christmas Nights aside from just some "Jingle Bells" and badguys in festive clothing. As mentioned before, the internal clock of your Saturn dictates some of what goes on in Christmas Nights. While December is reserved for "Christmas Nights" mode, the chilly months before and after are part of the Winter Nights section where there's simply snow and a few other festive touches. Having had the rental version over the New Years Eve holiday I noticed some changes to the game that took advantage of that as well. Also, you can play as Nights' nemesis Reala on April Fool's Day! The game also has some unlockable features like concept art and the ability to play as Sonic the Hedgehog! See, I told you I'd get back to that.
I only have a few minor gripes about Christmas Nights. For starters, it really would have been nice to have a full fledged retail Christmas Nights game - but I imagine it was rushed out seeing as it was released the same year that Nights: Into Dreams was. At least a few more levels would have helped this game have more replay value. Also, it's nice that there is narration in the cutscenes (and I really like the Christmas picture-book art style they chose for them) but they should have really done a few more takes of the voice-over work before shipping it out. I'm sorry, but the narrator sounds like she's nodding off after kicking a six year smack habit. Perhaps they tracked it the night after Thanksgiving to ship out in a few days and she's in a turkey coma. Whatever the case may be, a few more takes in the studio could have made for a better intro/outro.
Christmas Nights was a really fun demo that helped to get me in the holiday mood. While it's a whole lot of fun, I would highly recommend picking up the original Nights: Into Dreams first - as there's much more replay value to be had. Plus, you can find Nights right now at Lukie games - good luck trying to find a decent copy of Christmas Nights, however. 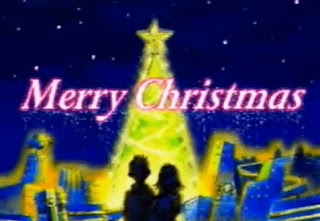