With the Holiday shopping season now in full swing you have to be increasingly aware of products which are either to good to be true or are of disputable quality. Ever since the Gameboy Advance’s release back in 2001 there has been a steady influx of bootlegged games being pumped into the video game market from places like Mexico and China. These fake games are for the most part surprisingly unconvincing. Bootlegs are typically brought in through border flea markets or online stores, but once they make it in they are here to stay. Now you may be thinking that the possibility of getting a bootleg game is exceedingly low but that couldn't be farther from the truth because unless you are purchasing a game used from a trusted retailer (i.e. Lukie Games, or some other company that checks its games for authenticity) you have a chance (albeit small) of getting a fake game. Bootleg games even wind up in used game stores (like GameStop) because the person who originally purchased it noticed it was fake, or because it stopped working and they wanted to get rid of it, this isn’t totally uncommon though you will most likely encounter bootleg games at flea markets. 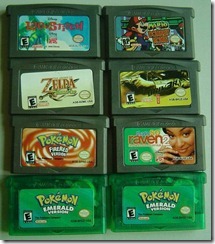 The overall lack of quality makes me want to facepalm.
Bootlegs tend to be of more popular game series like Golden Sun, Legend of Zelda, Pokémon, etc. So when you go to purchase one of these games you need to keep your eyes peeled to avoid purchasing a fake. Now you might be asking “Why should I care if it’s a bootleg if it still plays?” Well I’ll tell you why! Bootleg Gameboy Cartridge’s use very short lived batteries to retain their save files instead of having flash based memory as DS games do and a handful of Gameboy Games. So after a period of time the battery will die and you will lose everything on the game. You can change the battery out yourself, and there are plenty of wiki’s to show you how, but the meat of the matter is that the quality of the bootlegs are incredible bad. 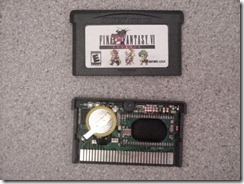 It really sucks just getting to Zerumus and being told your Save is corrupted.
Now if you are an avid EBay shopper like me than you should know that eBay is overflowing with bootleg games, most of them come in the form of incredibly cheap versions of popular games (as mentioned above). Some will charge an exorbitant amount of money for multiple fakes.

It’s a sad day when you wind up shelling almost forty dollars for a fake game.
Now not all cheap games on eBay are bootlegs, but you still have to watch out for several signs:

1. Label Art – Quite often with bootlegs the label art will be different from the original. Things like the color of the label or the picture which is supposed to be in the background will be different from the original and often times bootleggers will just put the box’s image on it and call it a day. In recent years bootleggers have upped the quality of their fakes and now some have begun to use design of the legitimate label. So you may be ask me “If they have the original label image and text than how will I know its fake?” Well I would direct you to the lower right side of the label, if you see a set of numbers and and/or letters there (if in the US it should start with AGB and end with USA) that means that its legit also look for the Nintendo Seal, which should read: “Official Nintendo Seal”

On the upper Right side of the label should be two sets of double digit numbers stamped into the label as well. 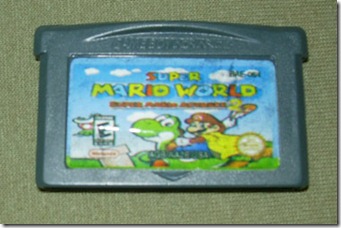 Class, can you tell me what’s wrong with this cartridge?

2. The back of the game cartridge – The back of your game cartridge should have a Tri-Wing screw in it, these screws look like a “Y” and can only be removed with a special screwdriver. Some bootleggers will instead opt to use a regular Phillips screw which looks like a “+” this is a tell tale sign of a bootleg, as all Nintendo Licensed games use a Tri-wing screw. Another thing to look for is the where its made, bootleggers sometimes replace the “Made in Japan” with “Made in China” (they aren’t all that good at masking things.)


3. Finally and most definitely is the contacts and board of the game itself. If you open up the game by taking out the screw you should be greeted by a regular board and DEPENDING on the game a possible battery with a red ring around it. Certain GBA games do not use a battery for saves and instead use flash based memory which means it saves directly to the carts memory so if you were to find a game which should save in that manner but instead uses a battery you can tell that it is a bootleg. If you look on the bottom of the board near the contacts in white lettering you should clearly see Nintendo, and a product number which shows that Nintendo manufactured it.

Fake.
Another thing to watch out for are those “175 (or 250, or whatever amount) games in one” those are typically modified flash cartridges (Cart’s used to bootleg games). They tend to be limited in ability and the “Games” they come with are typically multiples of a single game and are all quite illegal (especially if you live in the UK).

You zany Canadians.
Now I’m going to get very specific now and target the Pokémon series as this franchise has been hit the worst by bootleggers. There is no reason to ever pay money for that which is free correct? Why buy the cow when you can get the milk for free, right? Pokémon fans love making their own Pokémon games, there are so many Pokémon hacks and homebrew games on the internet that it’s absurd. Consistently bootleggers will put out these hacked or homebrew games and claim that they are actual Nintendo releases and will sell them on places like eBay, iOffer, or flea markets. The truth of the matter is that many of these games aren’t exactly finished, and they are not stable, meaning that corruption and game breaking glitches are regular. 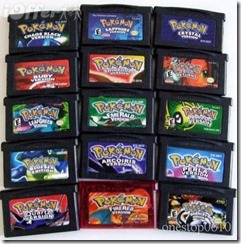 Not pictured: Human Decency.
If you are a fan of the series it is best that you realize that if it wasn’t announced by Nintendo, then there is a good chance the copy of “Shiny Gold” you picked up is a fake. 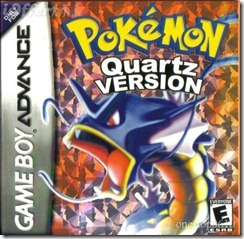 What you don’t remember Quartz? Why it was only the best Pokémon game of 2005!
Now you may wind up going your whole life without ever having a bootleg game fall into your hands, but there is credence to the saying “An ounce of prevention is worth a pound of cure”. Ben Franklin really knew what he was talking about and I’m sure he would agree that to arm oneself with knowledge is the best way to avoid disaster later on (by disaster I mean getting a bootleg game that winds up being a waste of money). If you follow the above rule for identifying a game you should be golden, especially if you avoid ordering North American games from non-North American regions (i.e. China, Mexico, etc.). Well I wish you all the luck in your shopping and stay tuned for my tips on how to avoid purchasing any bootleg Nintendo DS games. 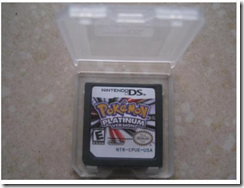 There will be complaints, lots of them.
Posted by Unknown at 11:48 AM