Strategizing with Mike: Romance of the Three Kingdoms (NES) 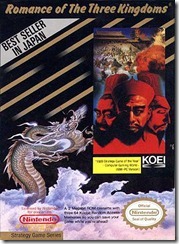 So you were considering taking control of China, but you just don’t know where to start. Well that’s why I’m here to help you learn the tricks and strategies you will need to master in order to vanquish your foes in Romance of the Three Kingdoms for the Nintendo Entertainment System.

I was pretty sure China wasn’t a giant desert, maybe this is the Mad Max version?

First things first, if you did not know in this game you can only play as established Rulers with established forces. If you check out the picture above that is a screenshot of the first campaign and all the colored numbers represent territories controlled by a ruler, for instance the light green is the territory controlled by Dong Zhou (Territories 18, 19, 20, 21)  and the numbers with a yellow border are Yuan Shaos (4, and 5). Assuming this is your first time playing the game I recommend the first campaign and playing and Dong Zhou as he starts with a massive standing army and fairly well developed cities. Regardless of who you pick these are the commands and stats that you must learn and master in order to succeed in this game:

Gold: The numbers next to gold indicates that cities told gold resources

Rice:  Indicates total amount of Rice in your city.

Price: indicates how much a unit of Rice costs to buy or sell.

Gold and Rice are incredibly important especially for a front line city as it costs both of them to not only feed and army but to maintain your city. The only way to get Gold or Rice (besides selling Rice for Gold or vice versa) is by developing you city which brings us to the next set of stats. You gain Rice and Gold once a year during the Summer.

Castles: The total amount of Territories you control.

Horses: Amount of Horses you have to make Cavalry units (measured in hundreds [i.e. 1=100]) Horses can be bought to increase the number.

Metal: Whether or not your city has a stable supply of Metal ore in order to produce additional weaponry for your units.

Land Value: How well developed the territory's land is on a scale of 1 (which is undeveloped) to 100 (which is fully developed).

Flood: Should be read as a percentage and is the chance that the territory will be flooded at the start of the next season. Can be reduced by developing land. Flooding lowers land development and can decrease total population and other assets.

One of the most important things to do with any city is to develop it to a minimum Land Value of 50, this will give you a decent yield of both Rice and Gold. I would strongly, STRONGLY, encourage you to max out your cities development when the chance presents itself. The more you develop the lower the Flood percentage will be. Metal is generally something specific to a territory so arms will usually have to be built in territories with a stable metal supply.

Pop. (Population): How many people reside in a particular territory. Every January all territories gain about a 20% increase in Population.

Loyalty: How loyal the territory's citizens are towards you. This has an affect on Rice and Gold gains and on whether or not a riot may happen. This can be raised by distributing Rice to the populace.

Generals: How many Generals you have in a particular territory.

Men: How many troops you have in a particular territory.

Free Generals: The amount of wandering unaligned (potential) Generals in a territory. Sometimes you need to use the Search command in order to find Free Generals.

Increasing loyalty is a must when you first conquer a territory as the people generally will be mistrustful and this will negatively impact any kind of yields you would hope to reap from the new land. (Wo)Men eat food, so you need to make sure you have a stable amount of Gold and Rice to keep the standing army standing.

Now for the fun part, the commands, these are the actions you can take once per turn barring the “View” command in certain situations. So first let me explain what they all do and we can finally get to the fun part.

Move: Move allows you to move Generals from one place to another. Due to the fact that troops(Men) are attached to the Generals moving a General moves his entire unit to whatever territory you are sending him.

War: You declare War on a territory and initiate a battle after choosing the Generals and Supplies you want to bring.

Send: Send allows you to move Rice and Gold between territories. Depending on the unit moving he supplies it may or may not be intercepted by bandits or another force.

Recruit: Allows you to draft more soldiers, this is done in multiples of one hundred so for every one unit you draft it equals out to one hundred men. (1=100) After you recruit you have to assign the troops to Generals, the maximum amount any General can have is 20,000.

View: View allows you to look at your own Generals and city stats in detail or an opposing forces stats. Looking at your own force is more or less a free action and you can look at your cities as much as you want without having to worry about wasting a turn.

Give: Give allows you to donate Rice to the people to raise loyalty or you can give gold to a General to raise his Loyalty.

Develop: Develops does what it implies it Develops your Territory increasing Land Value and decreasing Flood percentage. You can use however much gold you want for this action but it is advised that you use a Maximum of 10 gold and always, ALWAYS use a High IQ General.

Train: Train improves the ability of the Generals in a territory and after enough training their stats will begin to improve.

Search: Helps find any hidden Free Generals in a territory.

Diplomacy: Allows you to form alliances 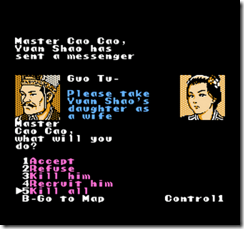 Or you can just stab the messenger.

Now that you understand the basic domestic commands lets move onto battle commands and the flow of a typical battle. Depending on whether or not you are invading or defending the general objective of battle will be slightly different.

If you are Invading:

If you are invading your only way of winning is is to either capture the enemy city, defeat the enemy ruler, defeat all enemy units, or force the opposing force to flee.

If you are Defending:

Defend for 30 turns, Defend until enemy runs out of food, or Defeat all enemy units.

Battle itself takes place on a hex-based map with a several different terrain types to navigate. All units have a based movement of four but that can be increased by waiting a turn, or by training a unit. Different terrain takes a different amount of movement to traverse (i.e. Water takes four movement to traverse as do mountains). Before capturing a fort or supplies you have to wait one turn before moving onto it. You can place a total of ten units when Defending or Invading with a maximum total troop count being 200,000. Each unit has access to a host of commands which depending on the Generals ability will be effective or not.

Movement: Allows you to move however many spaces your unit allows. You can also split a unit into two separate units to either surround and enemy or to help defend a fort.

Attack: Allows you to do one of three things:

Flee: Causes the unit to retreat from the battle.

Pass: Skip that units turn, you gain one movement on that units next turn. You can continuously do this until you reach the maximum movement which is fifteen.

View: Lets you check out the Generals stats.

Recon: Lets you look at the field and at the Generals in enemy units.

A rule of thumb for any battle is to try and set enemy units on fire as often as you can, generally the higher a General’s intelligence the better the success rate of the fire attack will be. If a unit is on fire they are forced to either move to another space, flee, or be destroyed on their next turn. Naturally this tactic is most effective on units sitting on forts or their army’s supplies as it forces them off it and in the case of supplies being set on fire it causes the opposing force to lose 100 Rice per unit every turn! 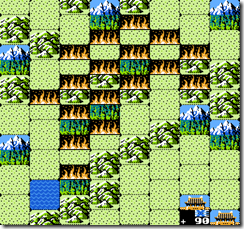 Some people see this while I see… 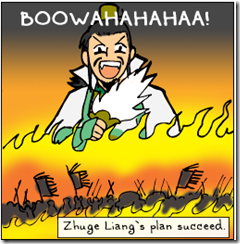 Here’s my closing advice (in assuming you gained nothing from the previous bits I gave), if you want to last long in ROTK you need to form alliances. When you are allies with a force it not only keeps them from attacking you but it allows you to focus on one front instead of multiple. It is imperative that if you want to attack a force you keep the attacking territory fully stocked with Gold and Rice so that you don’t run out of supplies in battle. If an overwhelming enemy force is attacking you a diversionary strategy is best a good example is to send a strong General with a small number of troops to lead the enemy units away from your supplies. You can do this by moving the unit close to the enemy and then having it turn around and head in the opposite direction, doing this can help waste the enemy’s time and supplies by having them fruitlessly follow your diversionary unit. Hopefully you pulled something from this and I didn’t wind up writing a million word article that was nothing more than a massive game manual. 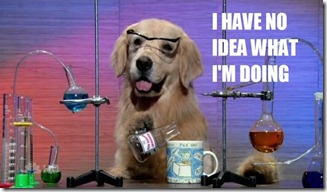