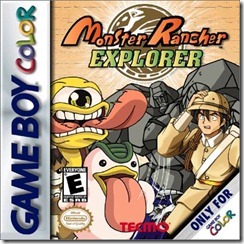 So while I was out with my friends this weekend past we were having a discussion on the Monster Rancher series and a friend of mine pointed out that there was a number of moderately unsuccessful Gameboy games. Naturally upon being told this I made it my immediate mission to play all of these games in order based upon how badly they were reviewed, so I hit up some of my local used game stores and found Monster Rancher Explorer for $3. Upon first glance the game seemed oddly familiar as if I had played it before, then while looking into the game I found that it is palette swapped port of another game called Solomon's Key (which apparently is one of the most copied games games if this fan site is to be believed.) Solomon's Key and Monster Rancher Explorer have differing stories and plots but both are the exact same gameplay-wise, they each contain around 60 levels with an addition 6 or so additional bonus levels and you place and remove blocks to reach keys which you use to open doors. 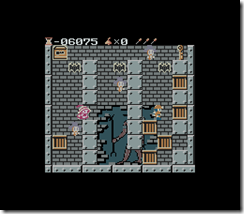 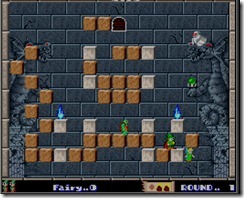 Seems Legit.
So powering the game up I am greeted with a decently animated opening telling me that this game takes place before the Monster Rancher games, it also tells me that the main character has decided to climb a monster infested tower just to write his college thesis. 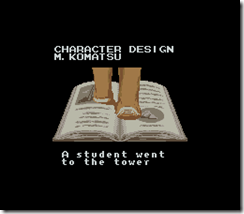 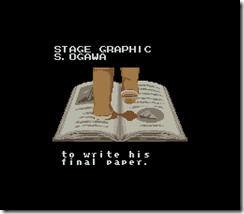 I found the story to be a tad convoluted as apparently all of the worlds Monsters originated from a giant tower which you are exploring and climbing in order to find the legendary Phoenix which you apparently want to raise. Every 10 stages you are treated to a boss fight preceded by a short cut scene of a nameless elf dude who states that his favorite kind of fun is the fun that involves murder. Strewn throughout several stages are bonus stages/items which can help you though they aren’t apparent as you have to place a block in a specific spot and then remove it to reveal it. Honestly my first go through I knew nothing about these bonus stages and it wasn’t until I looked into the game that I found out about them. 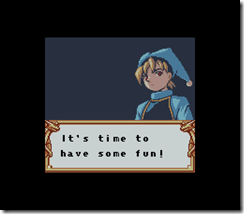 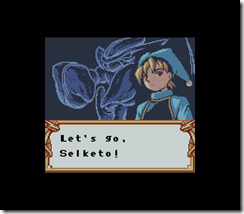 I’m sure they just want to play some baseball or something.
Like I stated earlier the game involves the placement of blocks in order to reach a key to open a door. This isn’t nearly as easy as it sounds as each stage is typically filled with monsters that can destroy your blocks by touching them, the only way to deal with them is to shoot them with fireworks (which you have to actually find before using) or make them fall by placing a block beneath them and quickly removing it. A lot of the stages require a good deal of creativity when it comes to dealing with the monsters and reaching the key, but overall nothing is to difficult and the trial and error approach works just as well as even if you lose all your lives on a stage you are allowed to continue from the stage you left off on. 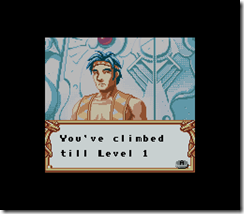 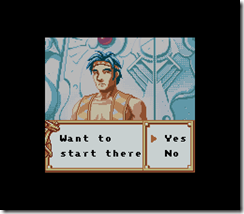 Ayup, I died on the first level. That is just how hardcore of a gamer I am.
Aside from just climbing the tower and completing the main story there is a stage editor which you can use to make your own levels that you can either play by yourself or have your friend play through a link cable connection. I couldn’t test this feature out first hand as I only had one copy of the game. The game also has a save feature so it isn’t a really long gauntlet where you have to beat it in one play through. Monster Rancher Explorer is a decent little puzzle game which can easily be picked up and dropped at a moments notice as there aren’t any advanced mechanics you have to learn to play the game and you can start back at whatever floor you last died on. For those who love plat forming puzzle games or are die hard fans of the Monster Rancher series I would highly recommend Monster Rancher Explorer as it is both inexpensive and can provide a great deal of enjoyment. 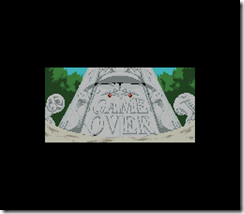