Of Romancing Kingdoms and Shibusawa Erikawas

As many of you may have noticed I have an affinity for strategy games, most notably ones that have a historical basis. In enters Youichi Erikawa who along with his wife Keiko Erikawa founded Koei in 1978 as an industrial chemical company after his family dye making business filed for bankruptcy, however the company didn’t do very well and was forced to change tracks essentially. Oddly enough Youichi had been experimenting with programming at the time and eventually produced his first successful game (His first ever developed game was “Kawanakajima no Tatakai" a cassette tape game) Nobunaga no Yabō (Nobunaga’s Ambition) for the PC. The development of this game prompted Youichi and his wife to change the company to a video game development company and simultaneously Youichi decided to develop games under the penname Kou Shibusawa which is an amalgamation of the first syllable in the companies name “Kou” and the forename of Shibusawa Eiichi a Japanese industrialist who pioneered capitalism in Japan during the Meiji Restoration. Oddly enough it wasn’t until recently that Youichi finally came up and began taking credit for the things he did under his penname. 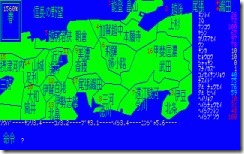 Those graphics are almost photorealistic.
Youichi (now going by Kou Shibusawa) goes on to start the “Historical Simulation series” which includes such titles as Genghis Kahn, Romance of the Three Kingdoms, and Nobunaga’s Ambition these core series made up the backbone of early Koei and were created with the intent of "entertaining and educating" players by creating games that are as historically accurate as possible. That is to say until the year 2000 when Kou Shibusawa decided to take a stab at cinematography with the advent of the Kessen series, since then Kou has added some fanciful elements to his Historical Simulation games while still keeping to the source material as best as possible. An example of this would be the addition of a female variant of Kenshin Uesugi or the addition of the Ten Sanada Braves to the newer Nobunaga’s Ambition games, the Romance of the Three Kingdoms games generally include bonus characters from other time periods like Chen Qingzhi from the Liang Dynasty or Bai Qi. 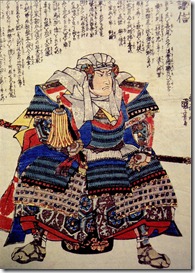 Dang gurl, baby got back!
Youichi himself is not one for interviews and even with his original position as head of Game Development he himself rarely went for talks on his games, the only notable interview with him is by IGN who spent the majority of it trying to squeeze insults into their questions to which Youichi just shrugged and game them an answer without retaliation. Almost uncharacteristically Youichi started to blog where he talks about how he feels about games and gives his personal input into the series that he has nurtured over the years, he hasn’t updated since April 24th 2012 but he discussed in both posts his hope for the Pokemon Conquest game which is slated for release in mid-June. According to the translation of his first post on the Koei Wiki (as I can’t understand a lick of Japanese) Youichi feels strongly towards making games that are capable of bridging the gap between History and Fantasy while building a great deal of interest in the characters and events themselves.


“The goal while developing this game was to make it a "simulation title that parents and kids can play together". There was a fear that simulation games might be too high a hurdle for children to handle. So the first approach we devised was to make it a "children's first simulation game" and make it as easy as possible. Things were going well until we thought to have it simultaneously appeal to the adults who played Nobunaga's Ambition. These two contrasting ideas caused several hardships in the creative process, but I think we managed to find a good balance to satisfy both sides of the coin.” (source [you can find his blog here)

Besides working on the latest Pokemon crossover Youichi is trying to expand Koei’s market by pushing the idea of Social games (MMO’s, and the like) and the idea of making Live-Action film adaptations of the Dynasty Warriors Franchise. I personally cannot wait to see where he takes these ideas and now that he is both the President and CEO of Koei Holdings and Koei Games he has the ability to implement these ideas in the future. Could Youichi Erikawa become the next Shigeru Miyamoto with his ideas? 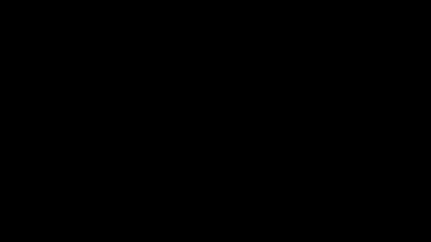 I’m hoping it winds up being like this only about 400% more over the top and with lasers.
Posted by Unknown at 8:40 PM