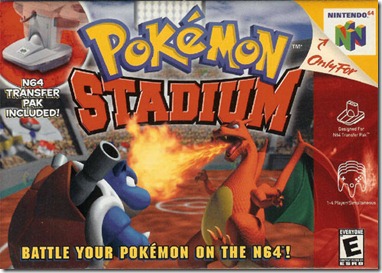 With the incredibly explosive popularity of the Pokémon series Nintendo decided it best to make a home console game to accompany the handheld gems. Originally designed for the N64DD (Dynamic Drive) add-on system the game was released with only 42 playable Pokémon, unfortunately this is because the Dynamic Drive add-on proved to be a bust and the programmers had to rush a product out resulting in the original Pokémon Stadium. Ironically the D.D. add-on was supposed to be Nintendo’s answer to the PlayStation and its high disc storage space, though due to cost issues the system failed. 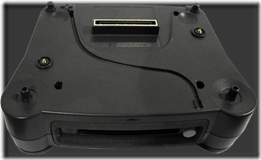 If your system needs an add-on to compete, then its best to just make a new system.

About a year after the atrocity that was the D.D. Pokémon Stadium game, an actual playable version was released which contained all the Generation 1 Pokémon along with a host of added mini-games, and a bunch of special unlockable goodies. This version of Pokémon stadium was eventually ported to the U.S. and was one of the few games on the system to utilize the N64 Transfer pack (17 games in total only 6 of which were ported to the U.S.).

Now I’m sure are probably wondering what could this game possibly offer me? Well, firstly you get to battle your Pokémon in… 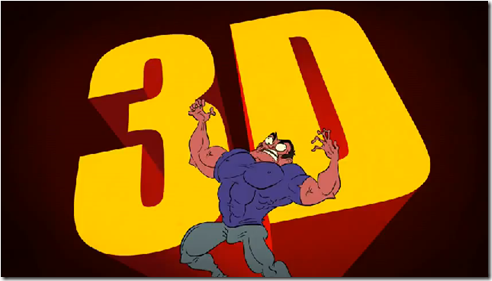 That’s merely the tip of the iceberg though as that’s just an aesthetic change; Pokémon Stadium also comes with a host of modes such as Gym Leader Castle, Stadium, Kids Club, Free Battle, Professor Oak’s Lab and Gameboy Tower. So lets look at each of these now so you can full understand how amazing this game is:

Lets start off with Gym Leader Castle; Gym Leader castle is just what the name implies, it’s a rather large castle where you battle the iconic gym leaders from the previous games. Though by no means will this be an easy feat as first you must pass through the five trainers standing in your path. Each of which Pokémon will be at a proportionate level to your own. So you should aspire to have your team of a flat level like 50, 70, or 100; or you can just rent your Pokémon of which they will all be level 50. Just like in the handheld games the Gym Leaders each have a them to them, Brock has rock, Lt.Surge has Electric, and Misty has Water, etc. Once you have cleared all eight Gym Leaders you fight your Rival, and upon beating him you face the ultimate Pokémon. 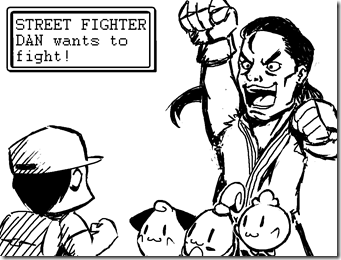 What? Come on your not even trying with these jokes.

Upon defeating the ultimate Pokémon you unlock a special Pokémon. Which can be transferred onto your Pokémon Red, Blue or Yellow game. Then you get to play Round 2 where all the gym leaders and trainers are stronger and upon clearing that you unlock another special thing. 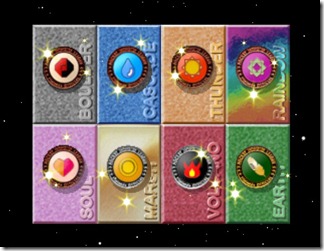 Oh and you get some badges too, which is cool, I guess.

The next funtastic mode of this game is the Stadium mode. There are four different cups to choose from each with its own set of rules for what Pokémon are legal, level restrictions and the like. The real kicker here is that this mode is multiplayer as you can play using cup rules in Free Battle Mode. 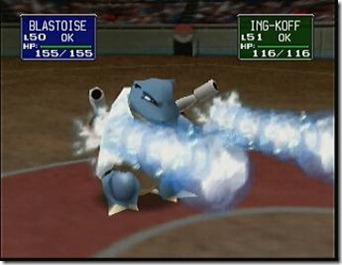 One sided matchups will naturally happen.

Each cup has four difficulties, Poke ball, Great Ball, Ultra Ball, and Finally Master Ball. The difficulty comes in the form of more competent opponents with stronger Pokémon then you. Now I mentioned earlier something about renting Pokémon, well let me break it down for you how that works as you will probably have to rent a Pokémon(s) from time to time.

You can mix and match your Pokémon with ones you own and rentals, for some this can really help even out a team. Upon clearing a cup you are presented with a trophy representing the difficulty in which you completed it on. 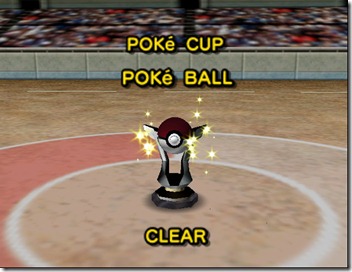 No that’s not real metal.

Upon clearing each cup four times you unlock an upgrade to the Gameboy Tower, clear through it one more time and you net yourself another one.

Next up is the greatest part of the entire game (in my opinion), the Kids club. The Kids Club is a collection of Multiplayer mini-games that are addicting as they are fun. These games are naturally designed for multiple players, but that by no means you shouldn’t try it out against some computers, practice makes perfect, and perfection can be rubbed in the faces of your friends. There are two ways of playing a free play mode where you pick a game and play it, and a competition mode titles “Who's the best?” where you and whomever else is playing with you aspires to win several rounds in a row to see whom out of your group is the best.

The mini-games themselves are all interesting and fairly varied. (I won’t go into all of them but I’ll give you a  few examples of what you’ll be experiencing.) You have Run, Rattata, Run which is a foot race played by rapidly pressing A and hopping over barriers by pressing up on the D-pad. 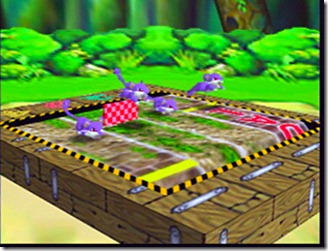 This is illegal in some countries.

Another fun game is the Sushi-go-Round where you play as a Lickitung and attempt to build up the largest bill by eating the most expensive food. 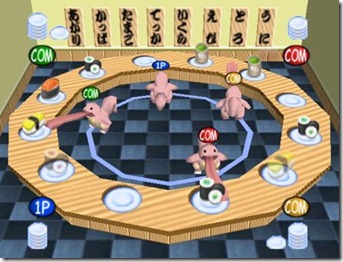 There are obviously some subtle metaphors here.

You move your lickitung around with the thumb-stick and devour the food with the A button. The more of the same food you eat the more the score you receive multiplies. However you have to watch out as some spicy food will cause your lickitung to flip out for a little while as it tries to cool its mouth down.

Another mini-game is Clefairy says which is Simon says using the D-pad. Yep that’s it, its Simon says and if you mess up five times you lose. So make sure you practice working up your short term memory. 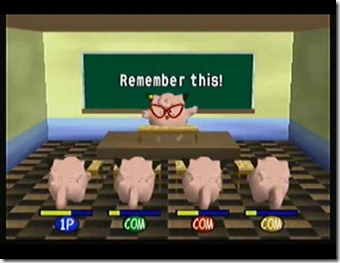 You should have a good enough mental picture of what to expect, there are a couple more games, Magikarp Splash where you attempt to splash hop up and hit a counter as fast as you can, Snore War where you attempt to put your opponents to sleep by hitting A at the right moment, Thundering Dynamo where you alternate between jamming on the A and B buttons to build up power faster then your opponents, Ekans Hoop Hurl, where you attempt to toss an Ekans onto Digletts, and finally there's Rock harden where you play as a Metapod or Kakuna and try to last the longest by utilizing harden to keep from being crushed by boulders.

Free Battle is as the name implies a mode that allows you to battle free of restrictions or rules, despite this you have the option of using the cup rules. You choose your six Pokémon's and then mix em’ up before the battle in the order you choose. 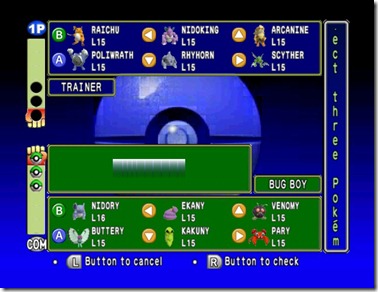 Or if you’re neurotic like me you’ll just put them in the order you picked them.

From there on its all up to your own strategies to determine who wins, as the battle system is identical to the system used in the previous games, but in 3D! 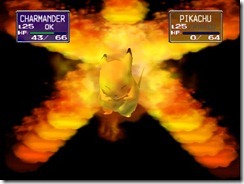 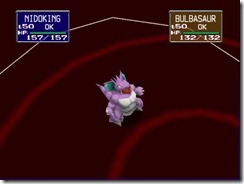 For my ramble on the battle system see here.

Professor Oaks Lab is essentially a trading station, that is the only real function it serves. Sad. On the plus side is has a box system so you can store your Pokémon in your stadium game if your box in your game was starting to get crowded, so that’s kinda cool. 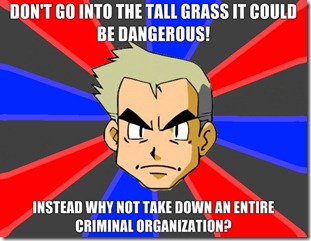 You have failed me Pokémon Prof.

The final main mode is the Gameboy Tower (dun dun dun), the Gameboy Towers acts as an emulator which allows you to play your Pokémon handheld games (Red, Blue, Yellow) on the TV. It serves a similar function to that of the Super Gameboy only with better sound quality and arguably better picture as well. Its more of a gimmick then an actual mode, but for what its worth its pretty neat. Though there are perks to using it, if you beat the game once through you unlock the Doduo tower which gives you the option of play the games at 2X speed (imagine the battling and catching you could do at double the speed!) and if you clear the game again you can unlock another neat goody for the tower. Fun times~

Pokémon Stadium is a very solid game by itself and fans of the series will all enjoy it, if not for the battles then at least for the mini-games. The American release of the game has few flaws as by the time of its release it already had most of them ironed out after the atrocious release that was the first version in Japan. In my opinion this game is best enjoyed by using you own Pokémon from you own games, renting is fun and quick but nothing feels more satisfying then beating the game with the Pokémon you worked long and hard to train. So if you wanna use your own Pokémon you will need at least two things aside from this game:

With these things in hand you can fully experience the majesty of this game. 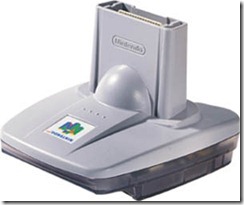 For fans of the series this is a game you cannot pass up, its relatively inexpensive and loads of fun. So get on that. 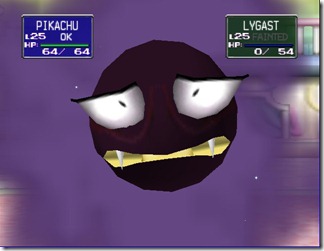 Do it or you’ll make Lygast cry.