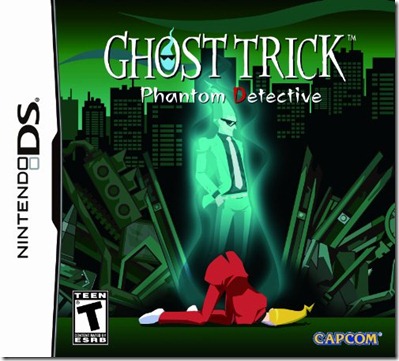 Is a logic/puzzle game created by Shu Takumi the brilliant mind behind the Ace Attorney series of games and it shows as the music and in between scenes are reminiscent of what you would expect from a Ace Attorney game. This game features an interesting concept and system which involves traveling back in time to four minutes before someone’s death and saving said person’s life, this is done through the manipulation of objects strewn throughout the area. This game features a colorful cast of characters whom you most likely fall in love with almost instantly.

The story of the game is thus, you play as Sissel whom dies tragically one dark stormy night. The next thing he knows he wakes up to find himself as not only a ghost but a ghost who has lost his memories. He is then greeted by the mysterious Ray who explains to him that he is dead and has special powers called “Ghost Tricks” which give him the ability to manipulate objects. Upon witnessing the death of a young detective in the same vicinity of his own death Sissel learns that he has the power to go back to four minute's before someone's death, from there he manipulates objects to stop her assailant and save her life. Sissel then concludes that she must have some connection to his lost memories so upon saving her he teams up with her to hunt down his memories and to learn the truth behind these mysterious ghost tricks he has gained. 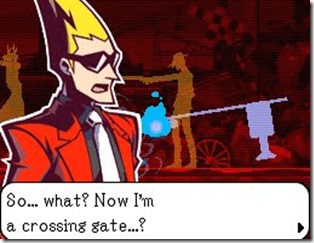 In the game you mainly play as Sissel as you switch between the real world and the ghost world. The differences between these two worlds are drastic and are as follows'; In the Real World time passes gradually and you are able to manipulate whatever object you are currently residing in, however you cannot travel to other objects. In the Ghost World you can freely travel to any object within Sissel’s reach, and time freezes in place. This is the main mechanic of the game switching between worlds and manipulating objects, this allows for creative solutions to puzzles. Sissels main ability in the game is that he can manipulate objects, but there is one other character with a different ability that you meet later in the game, he has the ability to swap objects which adds additional depth to puzzles as you have the ability to swap items that look similar. 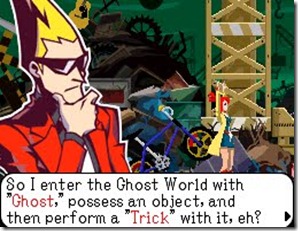 Now aside from just switching between the real world and the ghost world you also have the ability to go four minutes before the death of any person and attempt to prevent said death. This is where most puzzles occur, preventing said death. You go about this by manipulating objects in order to either buy time or to utterly prevent the death entirely. Saving lives will be very commonplace. Sissel also has the ability to manipulate phones and utilizes them to go from location to location. 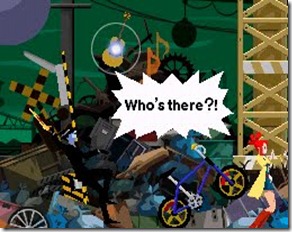 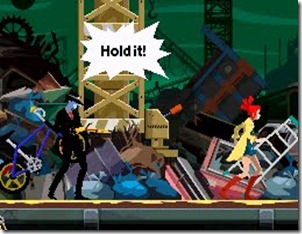 All the characters in the game are memorable, down to Bailey and his Panic Dance which has been passed down through his family for generations. You will fall in love with the characters, some more than others possibly, but you will fall in love with them none the less. Each has their own story that intertwines with the overall plot and helps to build up the climax as Sissel attempts to find his lost memories. Also there is the most adorable Pomeranian ever. 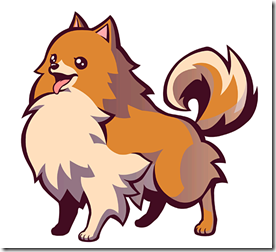 The music to the game is nothing to write home about but its nice enough to listen to when you are actually playing the game. However the art and 3D movements more than make up for it. As you may have noticed from the dog above the rest of the characters are designed in a similar fashion, also the characters are very expressive, I mean very. Most of the characters have about six or more expressions. The game has been praised for its fluid movements with its 3D models as you may have noticed from the earlier dancing man. Also the game contains beautiful backgrounds and areas that seem to be a combination of hand drawn backdrops and 3D models.

This is my favorite expression.

Now the overall story to the game revolves around Sissel trying to regain his lost memories after awakening as a ghost. Over the course of the game his hunt for his memories intertwines his fate with those of many people who were involved in an incident a long time ago. Sissel teams up with a girl named Lynne who is just as fiery as her red hair and though reluctant at first she decided to team up with Sissel. They both work together to undercover a conspiracy and the surfacing of another person with the ability to manipulate. The game reaches its climax with Sissel regaining his memories and saving the life of his oldest and dearest friend.

Ghost Trick: Phantom Detective is a great game, in my opinion its worth paying full retail for it. It has an incredibly satisfying story a host a fun puzzles and a great host of characters. Though unfortunately this game isn’t for everyone, this game is at its core a puzzle game, so for those who don’t enjoy puzzles this isn’t the game for you. This game has a great and satisfying story and I would highly recommend it for that alone. You can tell this game is by the creator of the Phoenix Wright series as the quirky humor from that series has carried over to this game. All in all, if you’re a fan of Puzzles and Story then this is the game for you as it succeeds at this. 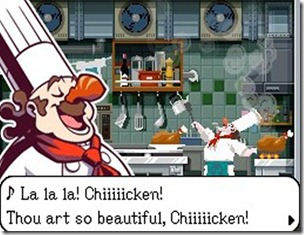