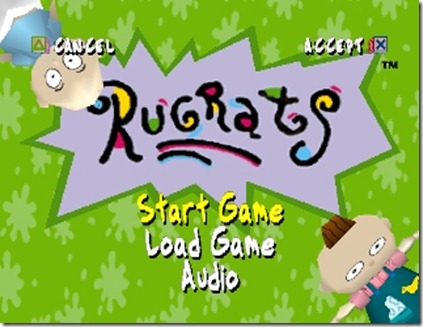 Gonna rock out to some mad Rugrats jams.

Rugrats: Search for Reptar was the beginning of a large marketing plan by THQ and Nickelodeon to cash in on the incredible popularity of the television show Rugrats. This marketing plan included TV and printed advertisements and rivaled that of Nintendo’s advertising plan for Ocarina of Time. THQ and Nickelodeon believed that by creating this game they were opening an entirely new market towards younger gamers between the ages of six and twelve. Unbelievably Rugrats: The search for Reptar sold very well and remained at the top of the sales charts for two weeks.

The game is essentially a condensed version of the show where you interact with objects to play levels that are for the most part recreations of the popular episodes like “Chuckies Glasses”, “Mr. Friend”, and “Grandpa’s Teeth”. There are a few original levels and some hidden ones scattered throughout as well. The game also has several multiplayer modes and a training mode to help get through levels. 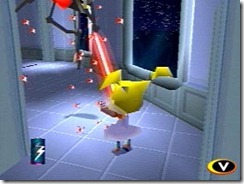 The premise of the game is that you are playing as Tommy Pickles and you are searching the house for the missing pieces of your Reptar puzzle. You obtain them by completing stages and by collection a certain number of candy bars which score you another piece. The game has about fourteen levels they range in difficulty and several of them are secret stages which require certain criteria to be met to unlock them.

The game is ultimately a platformer as you jump and climb to perform most actions, though some stages, this is varied in certain stages as some involve racing and others might be 3rd person shooters. The game contains several sports mini-games most notably the Ice Cream Mountain mini-golf course which features a multiplayer function. The game by no means is innovative with its platforming, its fairly vanilla. However one innovative part of the game is the option to choose what stage you want to play and the ability to replay the stages as you please; this allows for a certain sense of openness to the game despite there being a fairly linear story. 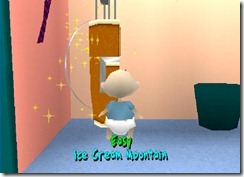 Being that this is a PSX game at its time these Graphics were still considered innovative and top of the line. Naturally when compared to the graphics of today these seem stone-age but for its time the game had pretty good graphics for its time despite not ageing well. However if you are a graphical Purest you most likely are not going to be playing a PSX game so I digress. Along with the graphics the game features a soundtrack made entirely from that of the TV series which goes fits very well with the game and its stages, however at times it can feel repetitive. 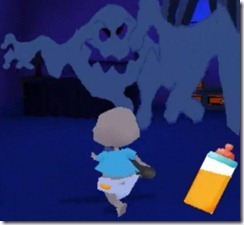 Still more convincing then the zombies in the PSX version of Resident Evil.

There isn’t a whole lot to say about this game as it is essentially the TV series in Video Game form. The game is a decent platformer with a simple story that is aimed for a younger audience and fans of the show. It was innovative for its time but has not aged all that well, though certain aspects of the game even then were not very good such as the climbing mechanic which would sometimes allow you to climb only certain times and sometimes when you did not wish to climb it would make you climb nonstop. Also being that it was based on the show it catered entirely to the demographic that likes the game as most people who do not like it would most likely not enjoy the Rugrats humor and the silly babies. I will admit that I like the game and I am a fan of the series, as such I would recommend it only to someone who also likes the series. The game has nothing for anyone who does not like the show, there is not that much original material and it was only made under the intention of catching in on the popularity of the series. The game is by no means terrible, but its made for a niche audience; if you fill that niche I’d advise you give it a look. 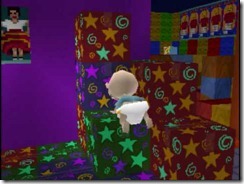 You will despise these boxes and anything like them very quickly.