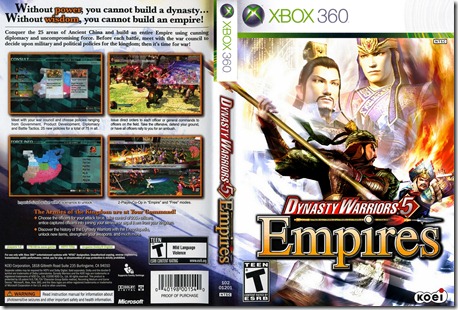 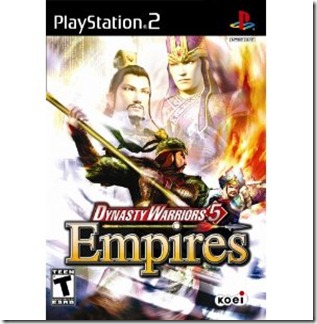 Dyansty Warriors 5 Empires is the second empires offshoot produced by Koei. The Empires series is essentially an attempt at adding a strategy element to Dynasty Warrior’s typical “hack and slash” formula. This attempt succeeds quite well as it allows more control over events unfolding in the battlefield and along with the ability to make your own characters with which you can essentially invent your own story, or just change the historical events to suit your own needs; as such the game has an almost “RPG” feel to it. The game contains two modes of play, “Free Mode” where you can play any stage from Dynasty Warriors 5, and “Empire mode” where you attempt to unify China. There is also a “Create a Warrior” function (called Edit Mode) similar to that of the Xtreme Legends games where you design a character by setting their appearance and their weapon, though unlike in Xtreme Legends instead of being limited to generic weapons and one or two actual character weapons you are allowed to use the weapon of every character in the game. Finally there is the typical Archive function where you can read up on some of the history of the characters and view events and ending videos you’ve unlocked. 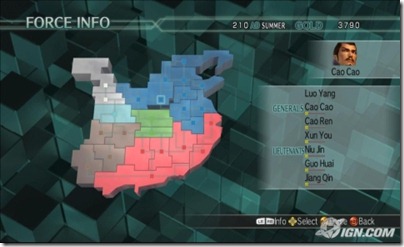 Cater to your inner Ghengis Khan!

The core gameplay is similar to that of Dynasty Warriors 5 though with a larger emphasis on capturing basis and preventing your own from falling (this formula would later be used extensively in DW6). Unlike in previous games where you were forced to defeat the enemy commander to win a battle you now have the option of just capturing the enemy’s main camp. In defense you now have the option of merely defending your main camp for fifteen minutes. You also during battle are able to give orders to your Generals and Lieutenants from the Unit Info option when you pause the game; you are able to tell them to defend, assist another unit, attack another unit, or to attack a base, though this isn’t mandatory, as your units will generally advance without being told. The D-pad on the controller has orders assigned to it and you can give all your units quick orders by pressing a certain direction. 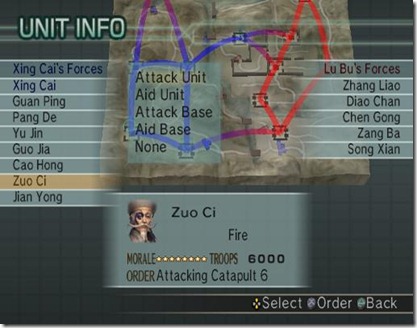 Alright old man, go and attack all the enemy units while we sit back and enjoy a nice lunch!

Graphics-wise the game is nothing to shake a stick at, but they are anything but terrible, regardless as to whether you get the Xbox 360 version or the PS2 one both are nearly identical Graphics-wise. In all honesty though if you are looking for a Dynasty Warriors game you probably don’t care much for the graphical aspect and care more for how many onscreen enemies you can slaughter. The 360 version is capable of fielding a few more soldiers than the PS2 version and the PS2 version tends to lag a bit when playing in multiplayer and K.O.ing massive amounts of troops. Regardless of that both versions are fairly identical. 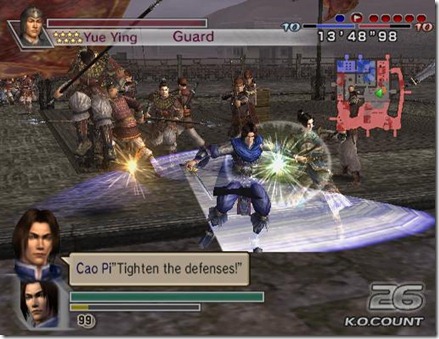 That is, if you’re a graphical Purist.

If you’ve ever been completely baffled over how to unlock a certain item or mount in the Dynasty Warriors games you aren’t alone as its generally quite difficult to unlock anything without luck or a lot of time. However in this game you unlock items and mounts in Empire Mode not by completing certain objectives, but instead by developing your territories. From there its only a matter of producing the items of your choice. Though for some items you have to do more then develop, you have to actively participate with trade with the native tribes to get the super rare items. Once you’ve done this you gain access to these items in free mode.

Gaining weapons is different this time as well as instead of merely defeating enemies and picking randomized items and weapons up from their corpses you instead have to develop your weapons through Policies in the same vein as developing your territories to gain items. Basically the weapons are broken into three categories, Spears, Swords, and Weapons(other). By electing to advance one of them they/it will go up by 20 points and each weapon technology has 5 levels it can attain and advances a level every 100 points. As you level up each one you unlock a new weapon for whatever character uses that weapon type. This isn’t the case for the fourth weapon as you are required to defeat a certain number of enemies to obtain it. 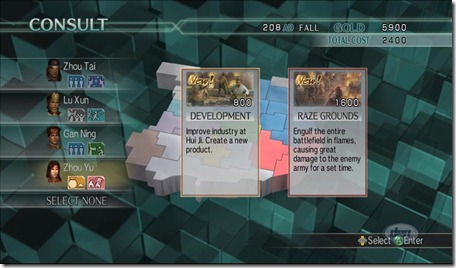 As per the Dynasty Warriors formula you gain rank as you defeat enemies and accrue points. As you advance in rank the amount of troops you are able to command increases, this is the same for all officers in the game including those generic officers who typically you are never able to use. Well in this game you can level them up and increase their troop count, upgrade their weapon get them to defeat a few officers and mix it up, and BAM! You have somewhat competent and useful officers! Also by ranking up character you also unlock alternate costumes from the previous game (DW4) and for those characters who are new to the game they each receive two new alternative costumes. 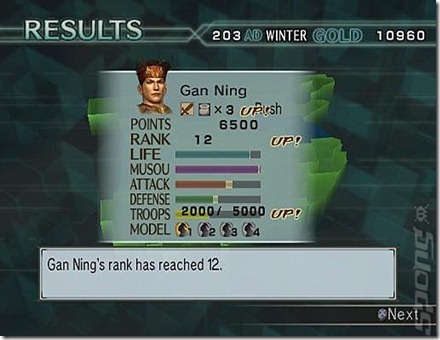 …and that kids is why Pirates are better then Ninjas.

Now as this is an Empires game that means that there is no overreaching story mode like “Musou Mode” instead it is replaced with “Empire Mode” where you can play as any ruler and even as your own Created Character. As such there aren’t many character specific Story Events, the three main rulers Cao Cao, Sun Quan, and Liu Bei all have story events you can see but only if certain criteria are met. Despite this there are many many more generic events which also require certain events to unlock that you can see as any Ruler. Empire Mode is basically your standard Unify the Country thing were actions as split between two phases, a Policy phase where you develop your territories, heal troops, engage in diplomacy, ectc, and the action phase where you attack other territories or defend your own.

Enemy Rulers will attack you. 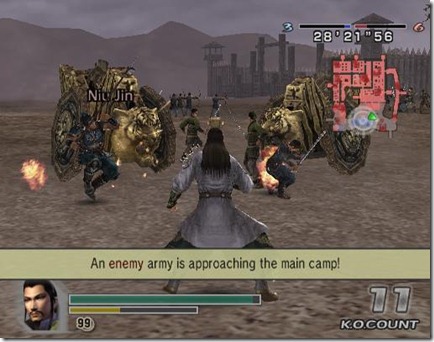 Surrounded on all sides by enemies, being attacked by giant flame spitting robot tigers, no reinforcements. . . Challenge Accepted.

Free Mode is the same thoroughfare as in the other games, you select a stage and choose a side to play as. However! You can change the officers to whomever you want, and if you are feeling particularly sadistic you can reduce the enemy officers to one guy likewise with your own troops. The strength and level of the enemy officers is determined by however powerful they were in Empire Mode, though you can level up your sides officers at the end of the battle by winning, though it is nowhere near as efficient. 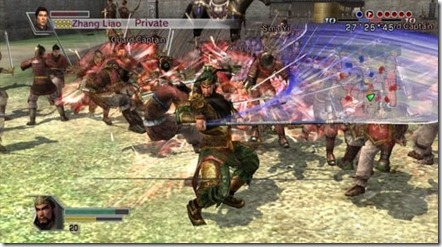 It makes it no less fun or satisfying though.

This game isn’t for everyone though as Empire mode can become tedious when you have Rulers nearby who never let up on attacks, and you are beset by natural disasters. The game requires patience and a need to destroy entire armies mostly by yourself. I would recommend this game mostly to strategy gamers, and would recommend that fans who love it purely for the hack and slash stick to free mode and multiplayer mode (or just get the regular version). This game is another brilliant entry into the Dynasty Warriors Franchise and succeeds quite well with few short comings aside from occasional tedium. All in all get this game if you’re a fan of the series, and if you like a little strategy with your slaughter. 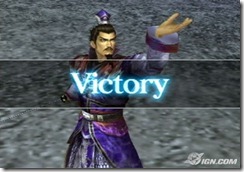